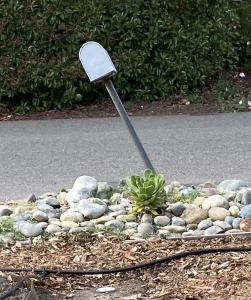 When I moved here a bit over a year ago, the rural mailbox on the curb was a mess. It was a standard metal box on top of a steel pole. At some point, someone had hit the pole and bent it. The box itself was dented, tarnished and had hardware-store stick-on numbers plastered to it. Then, to make matters worse, my future father-in-law backed his truck into the pole, bending it even further. Amazingly, it was still usable but it looked terrible.

The problem was deciding how to fix it. We take long walks through our neighborhood and get to see many different approaches to the rural mailbox problem. There are massive brick edifices that look great but expensive, and still don’t fare well when hit. There are wooden posts, some of which appeared once-glorious but now rotting and faded. Plus there was the problem of the old pole, which was quite well constructed and sunk in a large can of concrete in the ground. In spite of the abuse, it was still quite sturdy and removing it would be a chore.

I once lived about 1/4 mile off a rural mountain road in South Carolina. Every week or two, on Friday night, some good ol’ boys in a pickup truck would drive down the road and whack everybody’s mailbox with a baseball bat. All the boxes looked terrible, and many would actually be knocked to the ground each week. One Friday afternoon, I retrieved my mail and filled the box with concrete blocks. I was awakened in the wee hours by a loud crack followed by “oh, shit!” and the sound of a truck speeding away. In the morning I found that my mailbox was intact but with a broken baseball bat lying by the side of the road. I didn’t live there much longer, but my mailbox was unmolested from that day forward. I wanted a solution that would look decent, but could be easily be repaired if a stray vehicle or vandal attacked it. 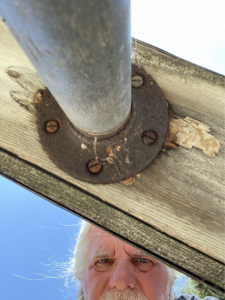 After stewing about the box for over a year, toying with and discarding many possible solutions, I decided I could solve the problem with a 3-D print. First, I carefully measured the angles of the bent pole. Then I printed a bracket that corrected the angles. The hardest part ended up being removing the rusted flange that had been holding the old box on for decades. I ended up having to cut through it was a diamond cutoff wheel.

I put the prototype on top of the pole and it seemed as though I had gotten the angles mostly right. I bought an inexpensive, basic black mailbox and printed 3″ high house numbers in white PLA, which I affixed to the box with clear silicone. Then I created a new, reinforced bracket in white PLA. 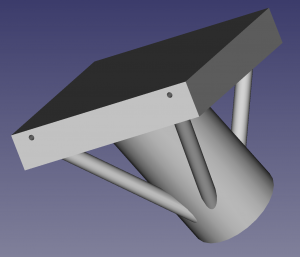 Note to those who might want to try this at home: Dark colors of PLA will soften in direct sun. You have to use white or, much better, print in a stronger, higher-temperature material like PETg. I decided to at least do the prototype in white PLA, but I don’t expect it to last too long. I will re-print in black PETg in the future, but I’m curious to see how long the PLA version lasts. My street is not known for hooligans with mailbox-destroying baseball bats, but if misadventure or age cause it to fail, it won’t take much to fix it again. 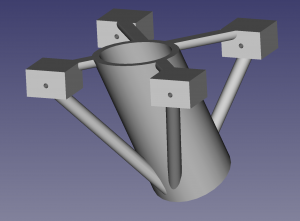 The bracket took 11-1/2 hours to print, and so far it’s working fine. Looking at it, though, I realized that the bulk of the print time and material went to the rectangular platform, which is actually redundant in that it is firmly bolted to the mailbox itself. I re-did the design while removing the redundant material. I will use the new design when I re-print in PETg.

It won’t win any design awards, but I’ve managed to preserve and make use of the original pole while creating a quirky and effective mailbox solution. 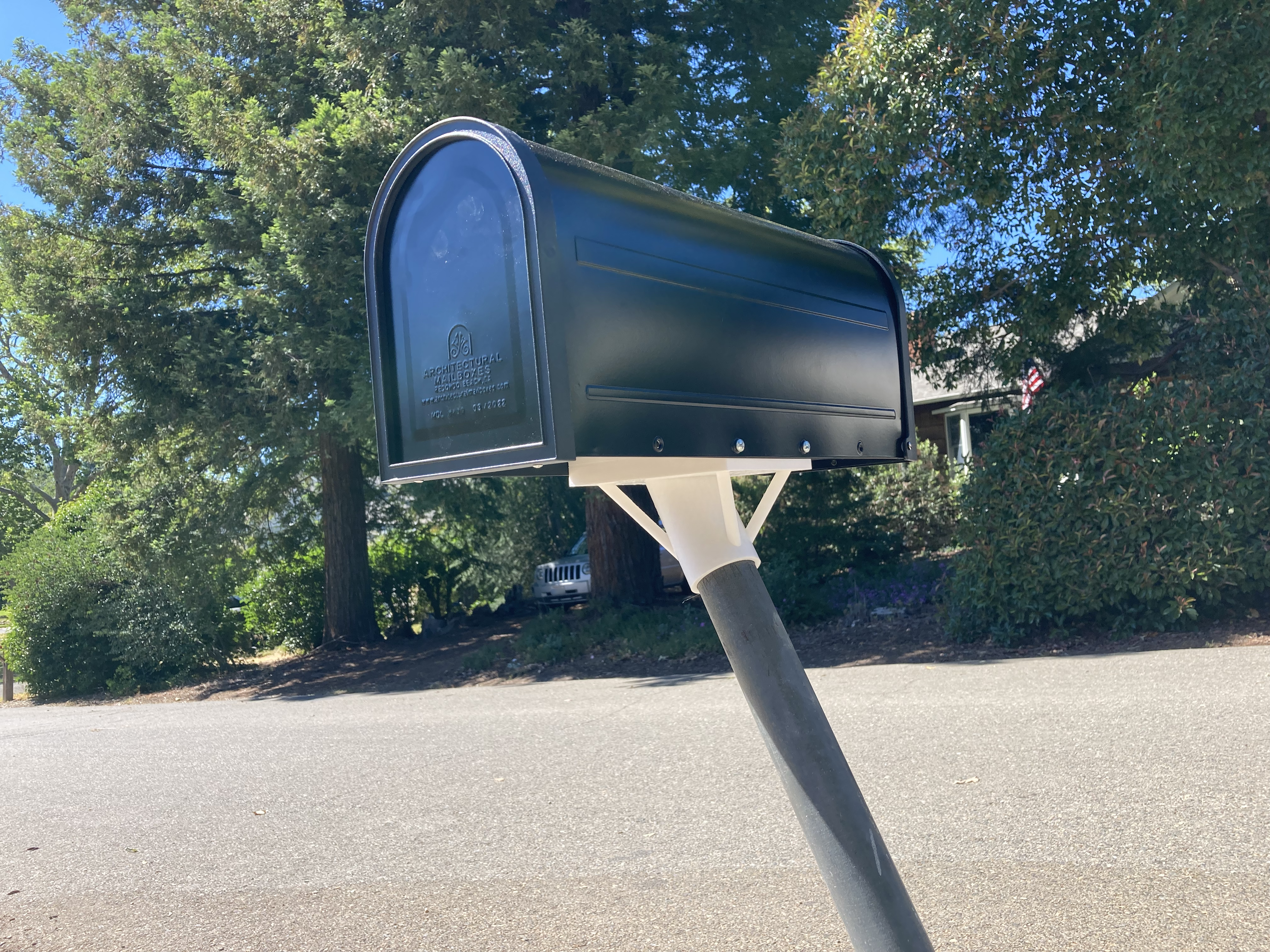 As predicted, the PLA bracket broke the first time a neighbor bumped into the box. I re-printed in black PETg, re-installed, and painted the pole. We’ve had a 108° day (and several over 103°) and a usual allotment of rough treatment, and it’s still standing strong. 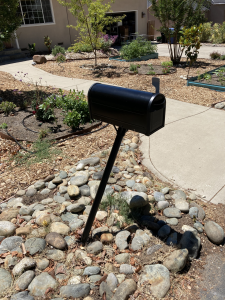