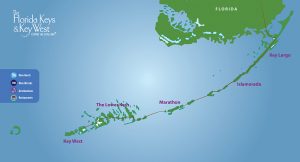 If you tried visiting this site (or Loose Associations or twoprops.net or Sacramento Medical Oasis, Inc. or…) over the past five days, you’ve probably been disappointed. I took a little trip with Matthew and Joshua to Key West and, as soon as I got about 3,000 miles from home, a network switch decided to die.

This particular switch sits right at the interface between my fiber carrier (Consolidated Communications) and the main server farm. It serves to isolate two subnets. After that switch, everything has redundant connections. When that switch goes, though, it’s impossible to tell whether a rat chewed through the cable or the whole farm suddenly went down.

Since I was so far away, I had Consolidated send someone out to check on the connection. They quickly identified the bad switch, so I just had them bypass it to get critical services (phones, email, SMS, EMR) working, but it meant that the router that handles the web sites was lost.

I ordered a new switch (for all of $12). It was waiting for me when I got home today and it took about three minutes to install it. All is now well (the servers weren’t even down, just unreachable).

It’s easy to trivialize unmanaged network switches. They’re small and cheap. This one gets four wires (power, WAN ethernet, and two LAN ethernet cables). There’s nothing to set or configure. They don’t need periodic rebooting. They seem more like a junction box than sophisticated electronics—something that should last decades without attention. Actually, though, there is a lot of digital logic going on. The box I replaced was probably several hundred dollars a decade ago and it served me well. I shouldn’t have been surprised when it died.